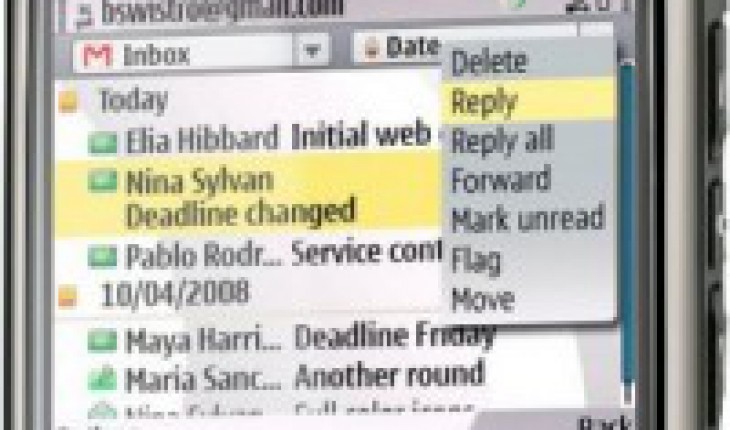 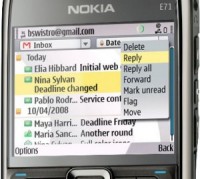 The acquisition will provide Synchronica with a successful and complementary mobile messaging business and a strong foothold in the strategically important North American operator market. Combined with more than 80 existing carrier contracts in Europe, Latin America, Africa, Russia, and Asia, Synchronica aims to become the global leader in next-generation mobile messaging.

The terms of the acquisition include an assignment of mobile operator contracts, as well as sourcecode of the related Nokia Messaging client and server software.

As part of the deal, Synchronica and Nokia will enter into a long-term relationship in which Synchronica will provide the messaging software which Nokia will continue to pre-load on Nokia Series 40 phones.

Synchronica will assume responsibility for development, maintenance, and support of the Nokia Messaging software shipping with millions of Nokia devices and the gateway functionality for both Series 40 and Symbian devices. Approximately 250 employees, externals, and contractors are planned to transfer from Nokia to Synchronica.

The ten North American carrier contracts planned to be transferred to Synchronica include tier one carriers, such as AT&T, Bell Canada, Rogers Wireless, Sprint Nextel, T-Mobile USA, and Verizon Wireless, with more than six million users actively using the email or IM service or both.

Synchronica Plans to Continue to Develop the Acquired Messaging Platform

Nokia’s operator-branded messaging technology enables mobile operators to affordably deliver an operator-branded email experience on mobile devices via an easy to use interface. MSN Hotmail, Yahoo Mail, AOL, Gmail, and multiple other portal or ISP email services are all supported via a single client on a mobile device.

Similarly to email, multiple IM accounts, such as Google Talk, ICQ, Yahoo Messenger, MSN Messenger, AOL, and others are accessible via the IM clients.

Synchronica’s CEO Carsten Brinkschulte says: “This acquisition marks a key milestone for Synchronica as we move closer to our goal of becoming the leading global player for next-generation mobile messaging. Nokia’s successful and highly complementary operator-branded messaging business will at a stroke transform Synchronica’s scale, profitability, and geographic scope.”

“We look forward to forging successful, long-term partnerships with the carrier customers in North America for providing mass market, operator-branded messaging services, as well as with Nokia for ongoing development and support of the Nokia messaging services”, Brinkschulte adds.

The transaction is conditional on regulatory and shareholder approval and expected to close by end of July 2011.